Chitosan is the active agent in Tricol Biomedical’s HemCon and OneStop hemostasis products and in order to understand how it works, you should first know about chitin. Chitin is the second most abundant naturally occurring biopolymer, after cellulose. In the natural world, chitin functions as scaffold material that gives structure and strength to insect exoskeletons and crustacean shells, and it is also found in mushrooms. It is often found in association with the mineral calcium carbonate. Our chitin is sourced from shrimp shells of the species Pandalus Borealis. The species naming being a reference to the Aurora Borealis found in the sky above the pristine waters of the North Atlantic Ocean. The shells that are received for processing at Primex  in the very north of Iceland are caught under carefully regulated quota systems that leave a sustainable balance to the marine environment. These quotas are based on scientific criteria for sustainable utilization of natural resources and the dedicated work of the Marine Research Institute.

Once the chitin is extracted from the shells, it undergoes a process called de-acetylation that molecularly transforms the chitin to chitosan. So now that we know where Chitosan comes from, what exactly is it? Chitosan is a natural biopolymer that possesses a positive molecular charge and is the hemostatic component in HemCon bandages and coated gauzes. This positive molecular charge is the basis of chitosan’s medical uses. For bandage and gauze products like ours, the positive charge attracts negatively-charged blood cells like a magnet, rapidly creating a tight seal over an injury.

Often a first reaction to the use of Chitosan in medical devices are concerns with shellfish allergies. Most allergic reactions to shellfish are caused by the protein part of the shellfish, not by the shells. Any residual proteins are eliminated during the conversion of chitin to chitosan. There have been no reported cases of an allergic reaction to our chitosan products in the 20 years we have made them. Keep an eye out for more detailed information to come on the use of chitosan by people with shellfish allergies!

Due to chitosan’s many attractive properties such as its natural origin, abundance, and positive charge reactivity, it has a multitude of real-world applications. You can find chitosan used in the medical field, agriculture, food processing, cosmetics, and water treatment. Chitosan is a prime example of how we can use technology to benefit from naturally occurring materials. And as a bonus, HemCon chitosan is made as a byproduct of the shrimp fishing industry, so our material sourcing helps prevent waste and minimizes our environmental footprint.

Now to answer the question on everyone’s mind: how do you pronounce chitosan? Is it ‘cheeto-san’ or maybe ‘chyto-san’? When you find yourself in a conversation about all the benefits of chitosan, you can confidently pronounce chitosan as ‘kai-tuh-san’. 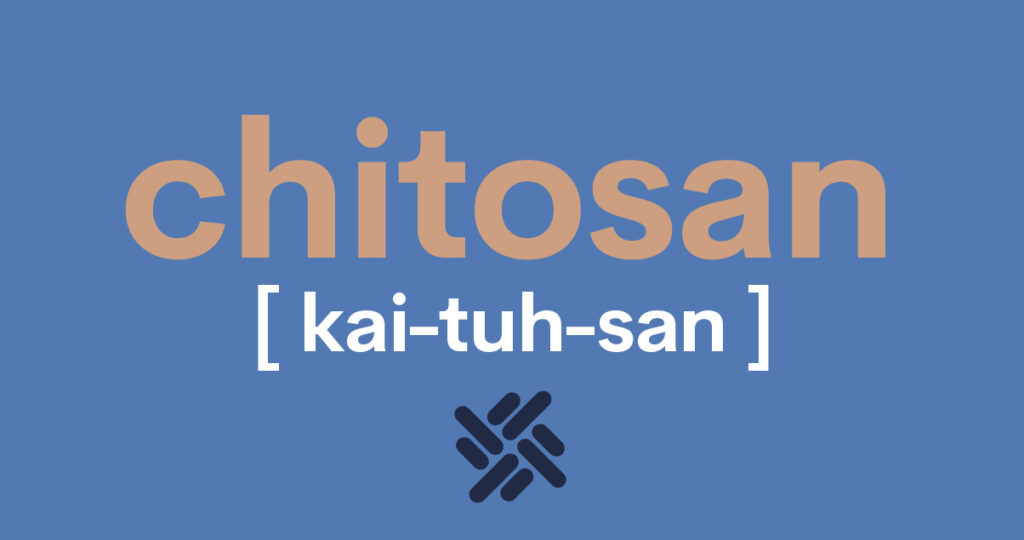